Why is a Ruby on Rails traineeship a good start? 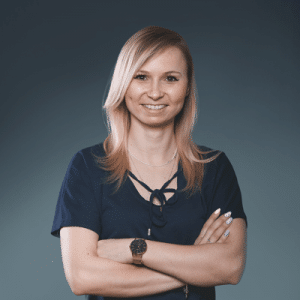 At the beginning of August, we finished this year’s traineeship in BinarApps. This year we had backend classes in Ruby on Rails. Besides the opportunity to get to know the technology, the participants could see the process of creating an application, from the idea – through work with the client and improving the concept – to the final project.

The practice lasted 4 weeks. Throughout the first week, each person worked individually with a mentor, learning good practices and theory, which they could later use in the further weeks of work on a large team project. After the first week, the trainees joined into 3-4 person teams which began working together on an app. The request for an app was reported by demanding Product Owners, who were played by chosen BinarApps employees. The trainees participated in everyday scrums, conducted code review and had regular meetings with product owners. This year’s edition of traineeships allowed us to create a ticket system for the Administrator or an app for booking conference halls. The trainees from previous editions created apps of which some serve us today, like the Planner – a system for reporting leave at work. Of course, all apps were created under the supervision of our mentor – Jakub Jatczak, who helped with any difficulty on the way. We had a brief discussion with the persons engaged in this year’s traineeship.

Piotr Aleksandrowicz (2018 RoR traineeship member): I decided to participate in the classes organized by BinarApps during recruitment when I found out about the traineeship. I thought that Ruby was a cool subject and here I am (laughter). My work with RoR is very pleasant, surely it is nicer than what I’ve dealt with during studies. I think that it’s all thanks to the approachable syntax of Ruby and how much rails and other gems pack it up and make writing apps easier. What I enjoyed most was the traineeship itself due to the atmosphere and a good presentation of how the real work of a web developer looks like. This, and a concrete dose of expert knowledge. Kuba passed a lot of knowledge to us and his constant presence helped us develop quickly.

Artur Chrząszczewski (2018 RoR traineeship member): I didn’t expect that I could wrap my head around a specific coding language so fast. A definite plus is the broad and widely-available documentation thanks to which you can solve all sorts of stumpers. Summing up, work in Ruby on Rails is really pleasant and easy. As for me, I practically started from scratch and I see major progress, also in substantive terms.

Michalina Piorun: The question of what makes the traineeship organized by BinarApps enjoy such great interest year by year can be answered by the students themselves, but I think that I can mention at least a few reasons.

The first of them is a lack of subject in the study programme, a complex approach to programming web applications. The students mainly learn about Java or C++. During the Ruby on Rails workshop which we conducted at the Łódź University of Technology or during the open days at the university departments, the students often address the issue of a lack of an alternative to Java or C++ in the curriculum.  On top of that, we are the only business on the Łódź market which organizes Ruby on Rails traineeships in such a form.

We can also boast a very strong and extensive team of Ruby on Rails developers who have great experience in sharing knowledge. Michał Brodecki organizes the Łódź Ruby User Group – a meetup that brings together Ruby coding enthusiasts. I think that such strong interest is influenced by the proposal of close cooperation after the end of the traineeship for a few of the best people. As for the others, we guarantee inclusion in a mentoring programme, thanks to which the students can learn how to create web apps in rails under the supervision of our RoR Coaches.

Martyna Jasiak (2018 RoR traineeship member): What I liked most during the traineeship was the atmosphere, definitely the atmosphere 🙂 The people are awesome – I think that every person in the company had a smile on their face and talked with me as if we had already known each other. Kuba, who was never tired of our questions, even the most stupid ones (at least he didn’t show it), sometimes laughed a bit at us at best. We couldn’t even get bored, whether in the company, coding to the rhythm of music, or stuffing ourselves with fries, or during an integrating bowling meetup.

On the more serious side – we had the chance to feel like one-hundred percent employees, starting from meetings with the product owner, through everyday scrums to retrospective and a final presentation of the entire project. I warmly remember the fact that despite a typically rails traineeship, we also got the chance to learn about frontend, a professional approach to the client or user experience.

Michał Chudzik (2018 RoR traineeship member): I appreciate the opportunity of participating in a project that will actually come useful to people, of seeing the ins and outs of producing a web app – and the organization of teamwork. On top of that, the corporate culture is cool and Jakub himself, as our mentor, has a lot of patience and you can see that he really wants to pass on his knowledge. Other people at the office (engaged in the traineeship or not) are also very kind and it is clear that there is a family atmosphere here.

Martyna Jasiak: I would recommend participation in the traineeship mainly because joining them, we may not have a clue about rails at all, and we still have a chance to jump on a much higher level from level zero and learn the technology which we might become fond of for longer. Besides, it’s a great adventure, and an opportunity to work among people with whom you just cannot laugh, even on a Monday morning and a chance to acquire a very valuable experience. This is not knowledge you can learn ‘dry’, reading only books or watching tutorials, and surely not in such a pleasant form.

Michalina Piorun: In view of the opinions of trainees and our feelings, this year’s edition can be called a success. The positive feedback for another consecutive year and the enormous interest of the students in the subject of web development as well as coding in Ruby on Rails has caused that we are not planning to stop here. We will continue to share knowledge through the launch of free classes at the FTIMS Department of the Łódź University of Technology ‘Creating apps in Ruby on Rails’. We hope that in this way we will meet the expectations of IT students and contribute to spreading knowledge about RoR. The latest initiative of BinarApps joins the broad spectrum of the company’s education-related activities.

How to build highly effective teams? See how do we team-build and integrate at BinarApps!

The concepts of empathy, understanding, and diligence are part of our internal climate. What helps us to maintain an uninhibited atmosphere? One of the answers is the […] 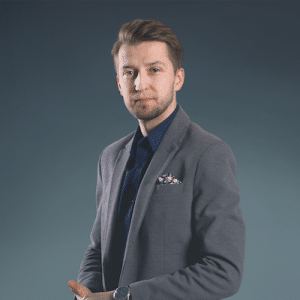 Keep calm and code: how to run a tech company with coronavirus around the corner?

In the wake of COVID-19, companies are encouraged to let their employees work from home. BinarApps has followed the recommendations of the Chief Sanitary Inspector and from […]