Our Swist App Development Services Include:

Do you have an idea for an application in Swift, but you do not know how to approach this project properly? Then take advantage of our consulting services that will dispel any doubts. We will help you get the maximum benefit, choose the right development approach and deliver value to your business.

Our programmers know Swift inside out. They also have experience integrating Swift frameworks, including Cocoa, Cocoa Touch, WebKit, CloudKit, AVFoundation and more. Just let us know what service you need, and we’ll arrange it for you.

Individual solutions for clients are exciting challenges for us that we like to take up. We have built many custom applications in Swift – we will also be happy to create yours. Let us leverage Swift’s capabilities to attract your customers.

The cooperation doesn’t have to end with the product’s release – we offer support and maintenance of the Swift application. We will make sure that it always works flawlessly, reacts to trends and is constantly updated.

Why choose Swift? Some benefits of Swift

There’s a reason why Swift is an Apple-promoted technology – it’s the perfect language for iOS app development. Discover numerous advantages of this programming language. We are aware of them, and we know how to translate them into your success.

Apple created Swift as an improved version of its previous programming language. It’s clean and crisp, with simplified syntax and grammar, making Swift easier to type and read. Requires less code to write to achieve the same effects as the predecessor did. Less code = faster development.

Swift ensures that its product is future-proof and can be expanded with new functions as needed. It makes these applications easy to scale. Moreover, the introduction of new developers to the project is simple due to the accessibility of this language.

Our approach to Swift app development

We know that every project is different. We shape our process individually for each client to meet every expectation with due diligence. We take care of details, starting cooperation with discovering your goals and requirements. In choosing the right development path, we rely on the knowledge and experience gained over the years. When creating a digital product based on Swift technology, we select the best team and apply the best practices. We will achieve your business goals and provide high-quality software for Apple devices.

Mobile & Web Apps We have created 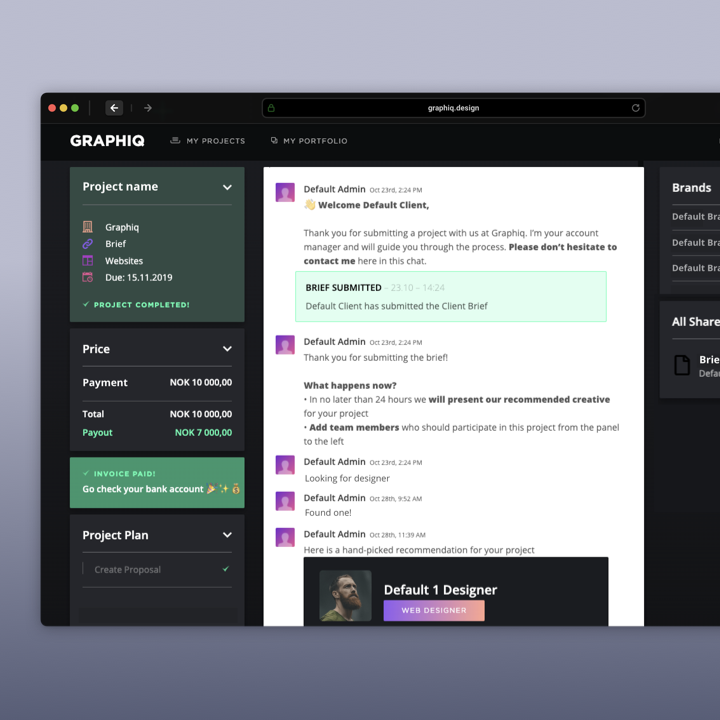 Graphiq is an online marketplace that combines agencies and global brands with the right designer, helping to deliver high-quality projects on time and with the budget. Whether you need presentations, materials marketing, branding, or website: Graphiq enables you to realize all creative needs. 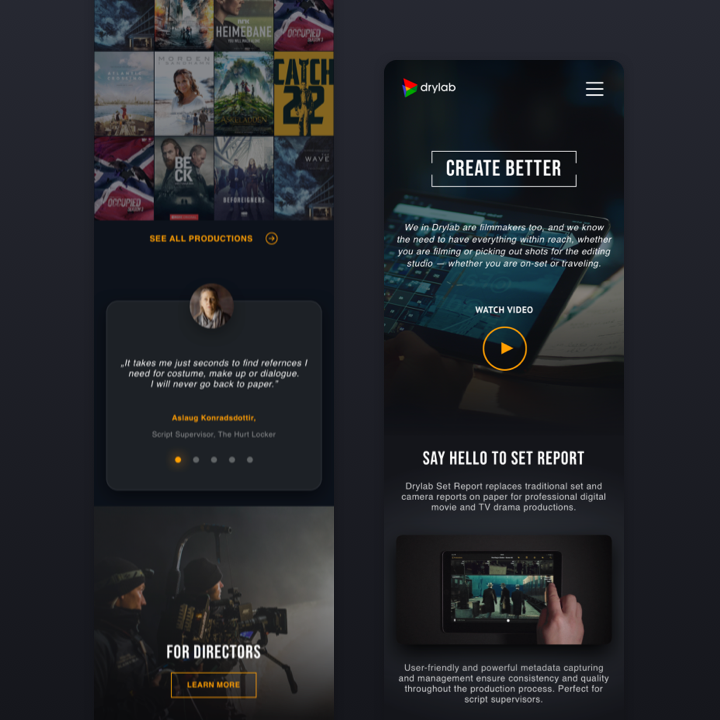 Drylab helps filmmakers create breathtaking images supporting the workflow on the film set. This conquering Hollywood platform is intended for creative teams of filmmakers to have insight into all collected materials, on their devices quickly, easily, and cost-effectively. It allows the team to collaborate productively and works both online and offline.

Why choose BinarApps for your Swift app development project?

With 7 years on the market and over 150 successfully completed projects, we offer a mobile and web app development process that can be customized. We cover a wide range of mobile technology to deliver an app suited to your business.

We aim to make the process of creating future digital businesses simply. That’s why we put special emphasis on getting to know your digital product better before we start coding. The custom Java development process is preceded by business analysis, research, and workshops – whatever your project needs at the current stage.

The app development process is suited to your project. Pay fixed price or for time and material. Not sure how much your project will cost? We can help you prepare your budget before providing our estimations.

We have provided web and mobile apps for media and video professionals. Our custom java solution helps retailers in improving their customers’ experience. Through our customized app development process, we have developed unique marketplaces for freelancers and global brands. We have also contributed to booming industries such as fintech, e-health, and logistics.

We're happy to answer all your questions!

How much does it cost to develop a Swift App?

Many factors affect the cost of developing a Swift application. These factors are the scale and scope of the project, team size, application features, unique additions and innovations. In addition, the location of the company you commission to create the software, the scope of post-release support, or the number of hours you hire developers is also essential. Hence, it’s difficult to determine the cost of the development Swift app without knowing all these details.

Contact us to discuss your project and receive an estimate.

What is Swift used for?

Swift is a compiled programming language created in 2014 by Apple. The language was created as an improved successor to Objective-C and supports many of its core concepts. Swift works with Apple’s Cocoa and Cocoa Touch frameworks and can interoperate with the vast body of existing Objective-C code developed for Apple products over the previous decades.

Swift was created to develop apps for macOS, iOS, iPadOS, watchOS, tvOS, Linux and Windows (Version 5.3). It’s currently the dominant language in iOS development, supported by its developers. It has gained a large support community and tons of third-party tools.

What are the benefits of Swift App Development?

Promoted by Apple Swift, it quickly became the most popular application development tool for iOS and other Apple’s products. Its advantages are the speed of development ensured by code purity and consistency, easy management, the performance of Swift applications, and the ability to scale. It’s an open-source project and is considered to be simple to learn.

Why does Apple promote Swift?

Swift’s primary goal was to replace Objective-C. Swift took the best features of its predecessor and added, even more, to make coding applications for Apple devices and not only more enjoyable, promoting good practices and providing developers with extraordinary comfort. In addition, from the purely technical side, Swift is a compiled language with a multitude of tools and top-tier cutting-edge solutions. Hence, we can say that Apple promotes an efficient, convenient and modern approach to developing iOS applications.

React Native vs Swift – Which is better? Which to choose?

If you are facing the challenge of choosing the right technology for your iOS application project, you’ve come to the right place! You surely know that this […]

Swift design patterns – which are the most popular?

Finding universal solutions to problems, and templates for widespread use in such cases is probably the domain of every field. Hence, a design pattern is a term […]

It was a stormy afternoon somewhere in Poland. In the town center, amid heavy rain, one could see a single window with a light on. In that […]

arrow_forward Jul 31 2018
Looking to for help with Swift App development? Estimate the project

Learn more about our services

We build apps that make an impact on users’ lives, across all leading platforms and devices. We provide a user-friendly design along with the necessary backend and frontend systems.

Reach your online business goals. We can assemble custom, fully integrated web development solutions that will maximize your profits.

Boost your app across all platforms and devices. We develop hybrid solutions to satisfy the rapidly changing needs of the digital natives.

We build apps that make an impact on users’ lives, across all leading platforms and devices. We provide a user-friendly design along with the necessary backend and frontend systems.

Reach your online business goals. We can assemble custom, fully integrated web development solutions that will maximize your profits.

Boost your app across all platforms and devices. We develop hybrid solutions to satisfy the rapidly changing needs of the digital natives.

Continue Reading arrow_forward
We use cookies to ensure that we give you the best experience on our website. If you continue to use this site we will assume that you are happy with it.Ok