Why hiring only one developer is a bad idea? 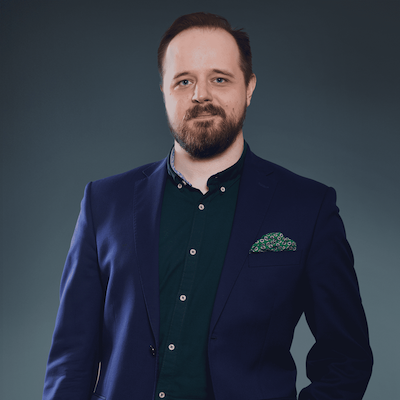 Share
Working with a software house is a guarantee of cooperation with experts in all areas, that make up the success. A single developer can rarely provide it.

Programming a website is a responsibility shared by front-end and back-end developers, but it is possible to be good in both simultaneously. We call such people full-stack developers. However, the case almost always is, that when someone is standing on two legs: a back-end and a front-end, one of them has a stronger muscular body. Even if a developer can do both things, one of them is always his betterside. Full-stacks obviously have a larger skill range than developers who specialize in only one field, while time is a limitation. A single person can do anything, but it requires greater engagement.

However, time constraints aren't the main problem, that occurs in cooperation with a single developer. A decision to hire one programmer may seem cheaper in the short-term but is likely to generate numerous problems. First of all, it does not give us flexibility. Secondly, it centralizes knowledge, know-how, and the ability to create a software in the hands of one person, whom we become dependent from. Thirdly, from a purely human perspective, if something were to happen to this developer, for example, he was sick, went away or did not want to cooperate with us anymore, it would paralyze our work. By contrast, by renting a software house, we have a guarantee of continuity, other people who can take over the responsibilities of a given programmer. In addition to the development itself, a package of activities such as implementation and analysis is also needed. It's hard to expect a single person to guarantee all of that at a high level. He can know how to do it and even want to take care of it, but probably won't be an expert in everything; the customer is most probably likely to learn this during the project. If he does not like it, he has to change that person, that is, in fact, the developer of the entire project.

At BinarApps, we often have customers who have projects implemented by a single developer and at some point, it turns out that their idea is a success and the team needs to be enlarged. This scales badly - adding more people involves additional expenses, not only financial but also mental and organizational. It is much better if we work with a software house and have access to the whole team.

Whether a pair consisting of back-end and front-end developers can already create a fully functional team depends on the type and scale of the venture. We know that it is best if there are at least two people and when the one who deals with back-end themes works with the system administrator responsible for servers.At some stage of the project, we should also cooperate with such a person. Therefore, the optimal team consists of developers, sysadmins, graphic designers. When working with one developer, we do not have the support of others. In our software house, we have a team of graphic designers. If - in the middle of the project, it turns out, that something needs to be changed, there is no need to look for graphic designers for another contract, you have the exact same person. Additionally, there are also issues of project management and the business process, that need to be observed. That is why you need an account manager who deals with the project from the business side and a person dealing with project management, talking with the client, discovering his needs. The development itself is relatively simple while it is difficult to carry out one, that meets the client's requirements in 100%. By hiring one man, we only have him and we hope, that he will be good enough in all aspects, or that we will find casual people who will be complementary with him and altogether achieve success. However, by renting out the whole team, we have a certain guarantee, that there are people who are actually experts in given fields: business analysis, project management, specialists in conducting workshops with clients to discover their needs; finally, there are developers, back-enders, and front-enders. You have to remember, that not all back-enders are equal. There are people who specialize in areas such as online stores or search engines. For example, if we need a search engine and it comes out during a project, by working with the whole team, we have the chance to replace the back-end developer with someone who has the skills corresponding with our requirements. So, the fact that you have people who are experts in their fields at your fingertips gives you more flexibility and security.

The decision to involve only one developer, usually a freelancer, isn't always motivated by the customers' thriftiness. It is rather a matter of certain predisposition expectations of the client. Because if the potential customer is technically proficient, for example, he knows what he wants and needs a single specialist who would take the burden of specific duties off him, then such a system makes sense. However, if we have a business approach and do not have much technological know-how at hand in the company, a better solution is to hire someone who is prepared and has people who can implement the whole project from A to Z, rather than trying to create our own software team. It rarely ends with one person, it most often is just the beginning of forming a larger group. And this is the hard and expensive way.