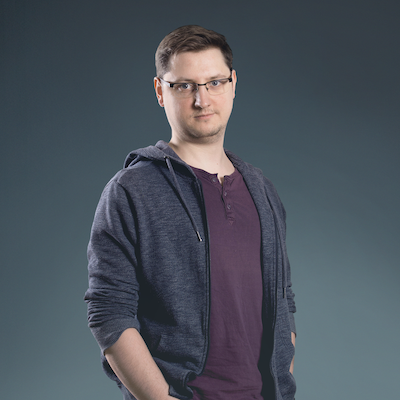 Share
So you have an idea for an application. That’s great! You probably know how to solve a specific problem and you thought through your business model. Now you have to choose the technology it will be written in.

The choice is pretty wide, but among many frameworks you will find the one that is especially advised for startups. Yup, you know that’s Ruby on Rails I’m talking about. Here are the 4 most important reasons to pick that technology for your startup.

1. Rapid development with Ruby on Rails

It’s normal that you want to have your product completed as fast as possible. With Rails it’s achievable because this framework is designed to achieve results quickly. There are many ready to go components that will speed up the development (remember, time is money). These are called gems (ruby, gems - cool, isn’t it?).

For example if you want to have an authentication system there is a gem called ‘devise’ for that. You can easily extend the authentication later with Facebook or Google login. Same happens with other components like payments, geolocalization and so on. List of gems is available at https://rubygems.org/.

Imagine you want to have a new sofa for your room. You have two options - either you buy a sofa in pieces and assemble it yourself or you buy it in one piece so you can sit on it right after someone will bring it to your room.

The second option is exactly what convention over configuration means. Instead of spending hours on configuring your product, you can use it right after buying it. And that’s what Ruby on Rails offers you. After a few minutes you have your application running on the server. Developer doesn’t need to worry about complicated setup because everything is already prepared.

This way he can focus on delivering features for you.

3. Community - the reason why startups love Ruby on Rails

I think it’s one of the most important things in a programming language. Without a strong community it will die or fall into a niche. Also, when a Ruby developer needs help there’s a huge probability that someone already encountered the problem and solved it. It means that the coder can save time on debugging.

And the most important thing - the Ruby community is very friendly. I have met a lot of Ruby developers who were super helpful and wanted to share their knowledge. There are meetups and communities in every bigger city, there is massive number of blogs and twitter accounts. It’s really impressive.

Ruby on Rails is 12 years old now. In the programming world, that's a lot. Of course it can’t be compared to Java or C++ in this regard, but notice that it’s a strictly web framework. It was designed to solve modern web application problems - and in this field it works great.

The core of the framework is stable and actively developed under the watchful eye of the creator - David Heinemeier Hansson, who is one of the most charismatic people I have ever seen.

Another point is that there are many developers and software houses that use Ruby on Rails for a long time now. They have created a lot of projects and they have huge knowledge along with best practices and tools that help in development and maintenance.

You don’t have to worry that they will have to do something that they have no experience with, or they will start to experiment. And believe me, owner's peace of mind is very important to a good developer.

Still not convinced why startups choose Ruby on Rails ?

These are the top reasons why Ruby on Rails is a great choice for your startup. From our experience I can say that startup owners should worry about everything except the technology and solution they choose.

Choosing Ruby on Rails and an experienced team: