iOS and Android paths at MobiConf 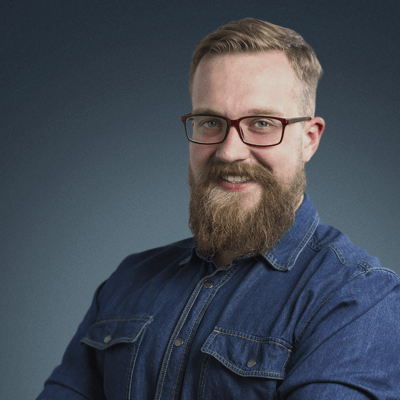 Share
Mobiconf is a conference dealing with mobile technologies. It was launched in 2013, which makes this year the 5th edition. This means that the event is established and is beginning to attract better and better speakers. 2018 was the first time when mobile engineers of BinarApps decided to show up. We gathered a bold group of six and went on an adventure in Kraków on October 4-5. This article is a record from the perspective of Android and iOS engineers.

My pleasant experience with Mobiconf started few days before the event. I received my ticket in the email and was encouraged to download a mobile app. The app was a real convenience, giving me access to all necessary information, e.g., location of the event or schedule of presentations. Scanning of the QR code placed on the ticket resulted in a new account set up just for me, where I could bookmark presentations I was interested in. Push notifications proved to be very helpful during the event. A pretty great UX, if you ask me.

On Thursday, every participant received a welcoming package with gadgets upon registration. Inside I found a t-shirt, handy bottle, thermo cup and notepad. The conference was divided into four paths: “Everything mobile”, “Android”, “iOS” and “UX”. The opening keynote was about Flutter - a new cross-platform technology helping to write mobile apps in Dart. I wasn’t committed to the iOS path during the conference, as my main priority was to broaden my horizons. The UX path featured very interesting speakers, so I interleaved iOS and design topics into my schedule.

On Thursday I attended the following presentations:

Paul Hudson organized an interesting journey into the entrails of the Swift Standard Library. One could not wish for stronger start of the conference. “Beware of the legacy!” gave me an “uh-huh!” moment. In our field, the word “legacy” is often used as a pejorative term, but in reality legacy is something that we pass on and it is supposed to be something that makes us proud. Why not think about our code the same way? The evening brought party in the city center, but our group only visited it for one, quick beer and we moved on to admire Kraków during night time.

On Friday, my schedule looked as follows:

“Into the Deep” was my personal favorite of the whole conference. The author prepared a presentation in the form of a mobile app that presented depth sensor APIs next to real-time usage. The idea for a presentation like this one really impressed me. The last highlight of the conference was a discussion panel hosted by John Sundell, where the audience had a chance to pick the brains of experts in our industry.

I really enjoyed Mobiconf 2018. Great localization, interesting speakers and amazing atmosphere are some of its main pros. Even small details like a photo wall to take a group picture added up into one, big, satisfying experience. The only problem I had with the organization were lunches. The food was not very tasty, but it did not break the overall positive view. I really look forward to going to Kraków next year.

The whole trip started with downloading the Mobiconf mobile app. That’s always a great approach towards mobile developers, since we love apps and we tend to use them more willingly than any other developers. However, this was the first time when saw an embedded ticket scanner inside the app. This way, the only things I needed was my trusty Android phone and an open-minded attitude.

The whole event was hosted at a cinema, which I believe is the perfect venue for such events, mainly thanks to the sound and comfy seats. Upon registration, we all received a welcome package which included a mobiconf bag, water bottle, t-shirt and cup that couldn’t be (at least not that easily) tipped over - a great solution for all of us coffee drinkers. There were also two stands handing out free gadgets - Miquido - the organizer of the whole event, and NoFluffJobs, with their awesome stickers, especially the one with a “dabbing” unicorn.

The first day started with a keynote for all attendees. It was about Flutter - a new cross-platform framework based on Dart, which in its syntax felt familiar to Java/Kotlin first glance. It looked very promising, even in clash with my cross-platform scepticism. Afterwards, we were able to choose talks from four specialised paths, and it was natural for me to march right into “Room Sweet Tooth” which featured Android discussions.

The first one i attended was “What mom never told you about multi-threading” by Fernando Cejas. I had read some articles and repos before, especially the ones about architecture, and I was not disappointed by his speech about technical differences between several approaches to multi-threading on the Android platform. We stayed in that very room for the next two talks (of course, grabbing ourselves some cookies and coffee on every occasion). Firstly it was Zhixuan Lai from Tinder talking about Scarlet - a library developed by them that helps to manage websocket connections, which can be troublesome. This was followed by Mark Allison, who had a presentation with a title that charmed me right away - “wow. very vector. such love”. Mark showed us some simple tricks when dealing with vector graphics and showed how combining a couple of simple animations can provide a really eye-catching effect. The slides were not made in PowerPoint or KeyNote but in Android, which made it very special. Yes, the whole presentation was just an app.

Afterwards we decided to switch sides a little bit and check out what was going on in the UI/UX path. The two talks that I attended - “Ecology of the UX” and “Adidas, a brand that truly tapped into pop culture” were very good even though they were not technical. I would say the one about the history of Adidas brand was one of my favorites. The last (but not the least) talk of the day was “behind enemy lines” in the iOS room, where John Sundell talked about system design. I really liked how the ideas discussed were universal and could impact system, no matter the technology used, just because mobile systems are very similar at its core. After the conference we went to visit a local escape room, to have fun and build team spirit, then we went on to grab some beers in Kraków. I think the whole team would agree that the Old Town by night was magical.

The second day was just as interesting as the first one. It kicked off with a talk by Piotr Ślesarew - “Magic sugar that can make your codebase happier”. He showed us some handy tricks that, when used all together, provide a way to both reduce boilerplate and increase the readability of our code. Next some of us stepped off the righteous Android path to return to the “Everything Mobile” path for another talk. It was given by Jan Hudzik and touched on the subject of software licences, how they should be read and understood and most importantly, what to pay attention to while using all those great open source libraries we really love. After another coffee break (and more cookies), we were ready to listen to Mirosław Stanek. I was really interested to hear this particular speaker, because I had come across his work on dependency injection in Android just recently. He talked about the development process in his company, how a continuous integration environment is built and what part of their daily job has become automatized. These kinds of topics are my cup of tea, since I love to automate boring tasks out of pure laziness. The next talk was given by Marcos Placona. He spoke about dangers that our apps face in this world full of hackers and how to defend ourselves from them. He even showed a live hacking demo of sorts, in which retrieved some kind of hard coded api key, having just the apps .apk file. It was both scary and thought-provoking. The last event of the conference was a panel discussion hosted by John Sundell. Experts from various fields discussed general issues such as the future of the mobile market and responded to questions from the public. After the panel, it was a sad goodbye with Mobiconf. :(

For every developer, a conference is like a big party, but with code and tech. Our mobile team shares the opinion that it was one of the best conferences we have attended, at least in Poland. Talks and discussions with other developers gave us interesting ideas, and inspired us so much, that we were eager to get back to our IDE the following Monday. Both the venue and organisation were great, and the gadgets collected will bring back some fun memories for sure. Watch out Mobiconf, cause we are coming next year! But since our team is constantly growing, you can be sure there will be more of us.